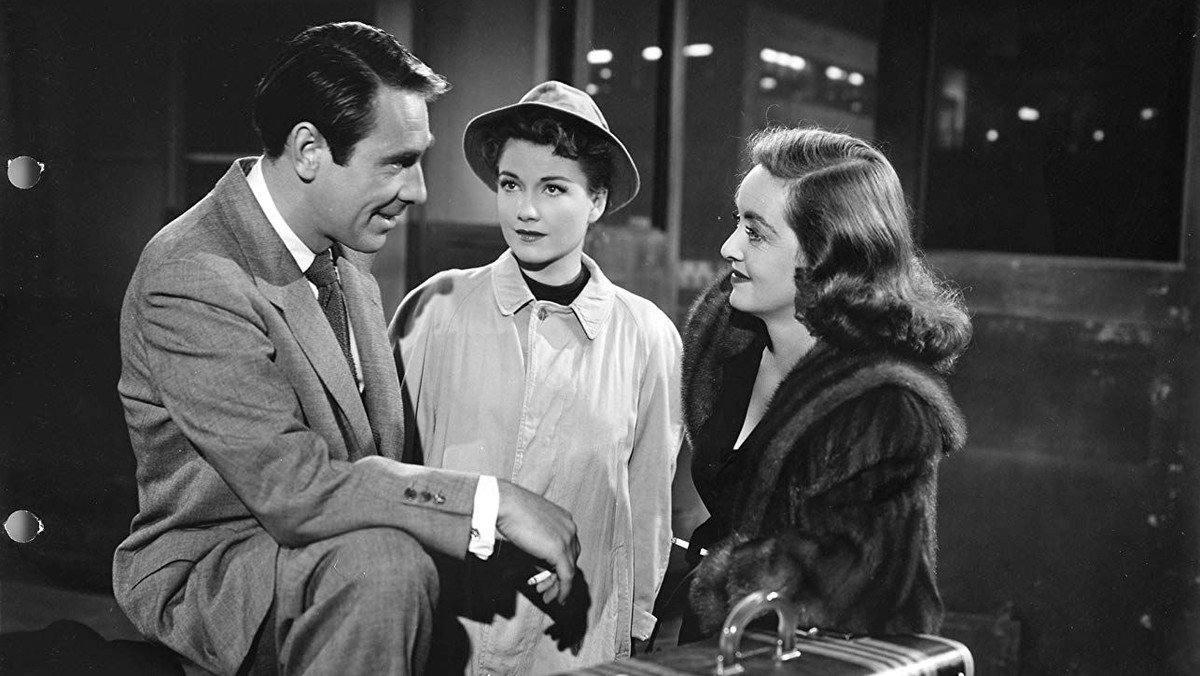 Eve (Anne Baxter) is waiting backstage to meet her idol, aging Broadway star Margo Channing (Bette Davis). It seems innocent enough as Eve explains that she has seen Margo in EVERY performance of her current play. Only playwright/critic DeWitt (George Sanders) sees through Eve's evil plan, which is to take her parts and her fiancé, Bill Simpson (Gary Merrill). When the fiancé shows no interest, she tries for playwright Lloyd Richards (Hugh Marlowe), but DeWitt stops her. After she accepts her award, she decides to skip the after-party and goes to her room, where a young woman named Phoebe has sneaked into her room and fallen asleep. This is where the "Circle of Life" now comes to fruition as Eve will get played like she played Margo.