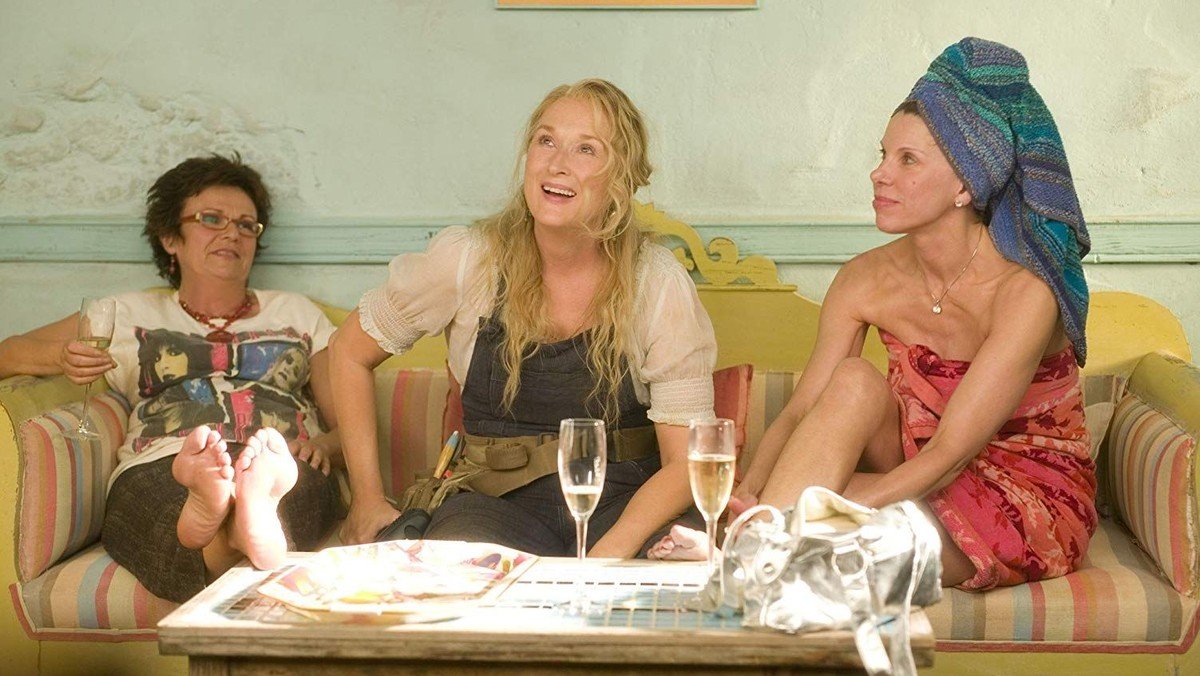 6:30pm Mamma Mia: Set on a colorful Greek island, the plot serves as a background for a wealth of ABBA songs. A young woman about to be married discovers that any one of three men could be her father. She invites all three to the wedding without telling her mother, Donna, who was once the lead singer of Donna and the Dynamos. In the meantime, Donna has invited her backup singers, Rosie and Tanya.

8:50pm Mamma Mia, Here we go Again: In this musical romantic comedy sequel, a woman grapples with running her mother's villa while also expecting her first child and worries that she won't be able to handle everything on her own, so she enlists two of her mother's friends for assurance, help and guidance. Along the way, she learns more about her mother's past and now faces a surprise visit from someone she's never met: her own grandmother.